Scout offers the ultimate fantasy sport experience enabling operators to tap into the rapidly growing fantasy sports market. Not only do we provide the widest selection of game types, we also offer a full suite of sports with the ability to add other sports upon request.

All licensees are connected to the Scout network which maximize the end user experience. A wide range of game types are provided out of the box with guaranteed prize pools. The optional application 'Betflex' offers cross-sale opportunities that further drive the revenue.

Our in-house StatCenter provides statistics for any sport and league. Real time stats ensure that players always have the latest information. Statistics, rules and scoring is fully customizable giving you complete flexibility.

Thanks to a modern architecture, integration is fairly easy and effortless. The solution is fully hosted and maintained by us, while UI and functionality can be customized for your needs. Support is provided during the setup, for both mobile and desktop. 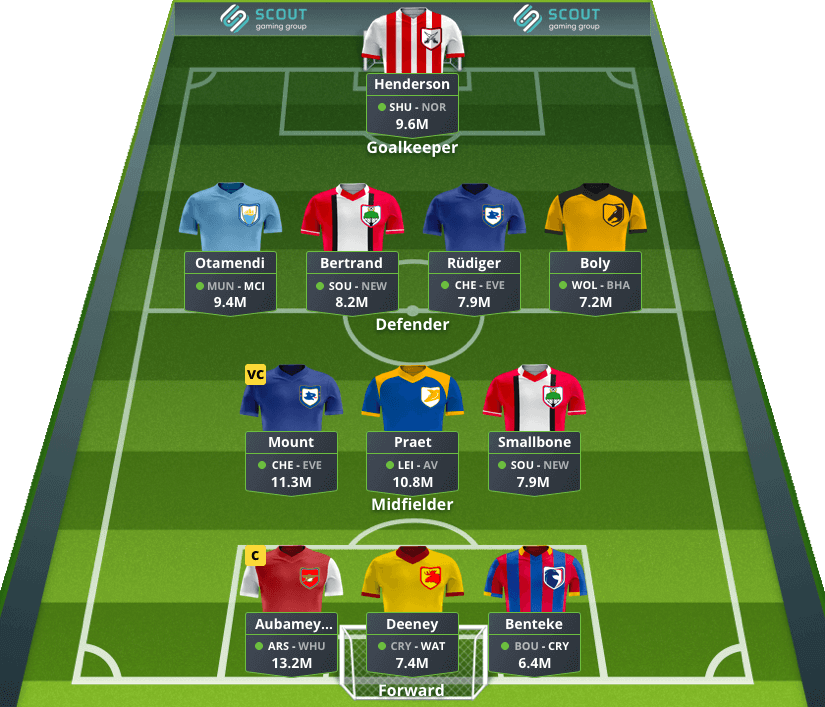 Fantasy sports trace its roots back to the late 50s and is today a $10bn industry withover 60 million practitioners in North America alone. Fantasy sports are online games where end-users compile virtual teams of professional players for a particularsport. Having a good mix of skill and chance, fantasy sports are regarded as skill games, where users get to show off their skills in a particular sport. For the most part, users play against other users, competing for common prize pools backed up by guarantees.

The majority of sports are now available as fantasy sports from Scout Gaming Group, such as football (soccer), hockey, tennis, cricket, basketball, baseball and American Football. We even offer fantasy for esports like CS:GO.

The fantasy sports market has enjoyed double digit growth for some time and it is driven by several factors: The emergence of new game formats within daily fantasy combined with the increasing mobile penetration, which today account for close to 50% of all gameplay. Another driver is the social element, where end-users get to ‘show off’ their skills and compete with their friends in an open and welcoming environment. Additionally, marketing via social media is easy with fantasy sports, as there is a lot of relevant content available. The simple fact is that fantasy sports enjoy longer player lifetime and more engagement than any other online gaming products.

The Scout solution is based on the latest technology and architecture which has resulted in unmatched stability and flexibility allowing for easy integration and full customization.

The Scout platform was built 2014-2017 using the latest technology and architecture. The solution was designed for large transaction volumes, easy integration and customization catering for uniqueness and adaptation.

Scout can provide support for any sport and league. A wide range of game formats are available as standard and we constantly enhance our offering. The user interface has been designed to be intuitive and easy to use.

A user friendly and easy-to-use backoffice is integrated in the Scout solution. The system offers full management and control- and monitoring functionality. A player behaviour analysis module plays a vital role for managing player conversion and retention.

Scout offers the only Global Fantasy Sports liquidity network for fantasy sports. Through the network operators pool liquidity whereby prices and player activity reach levels that would be unattainable stand-alone.

Betflex is a unique solution that analyse players behaviour and offer them real sportsbook odds based on their fantasy sports selections. Betflex hence drive conversion from fantasy sports to the sportsbook thereby increasing ARPU.

Scouts in-house StatCenter provides all data and pricing of players, odds setting and squad maintenance. On request we can also support local sports and leagues. Own rules-sets can easily be configured.

Scout offers the only Global Fantasy Sports liquidity network providing a large community of active end-users and big cash prizes. This ensures an optimum player experience with guaranteed prize pools from day one.

Scout manages all aspects of the network, optimizing tournament performance, balancing games and assuming all risk – leading to a worry free experience for our clients. 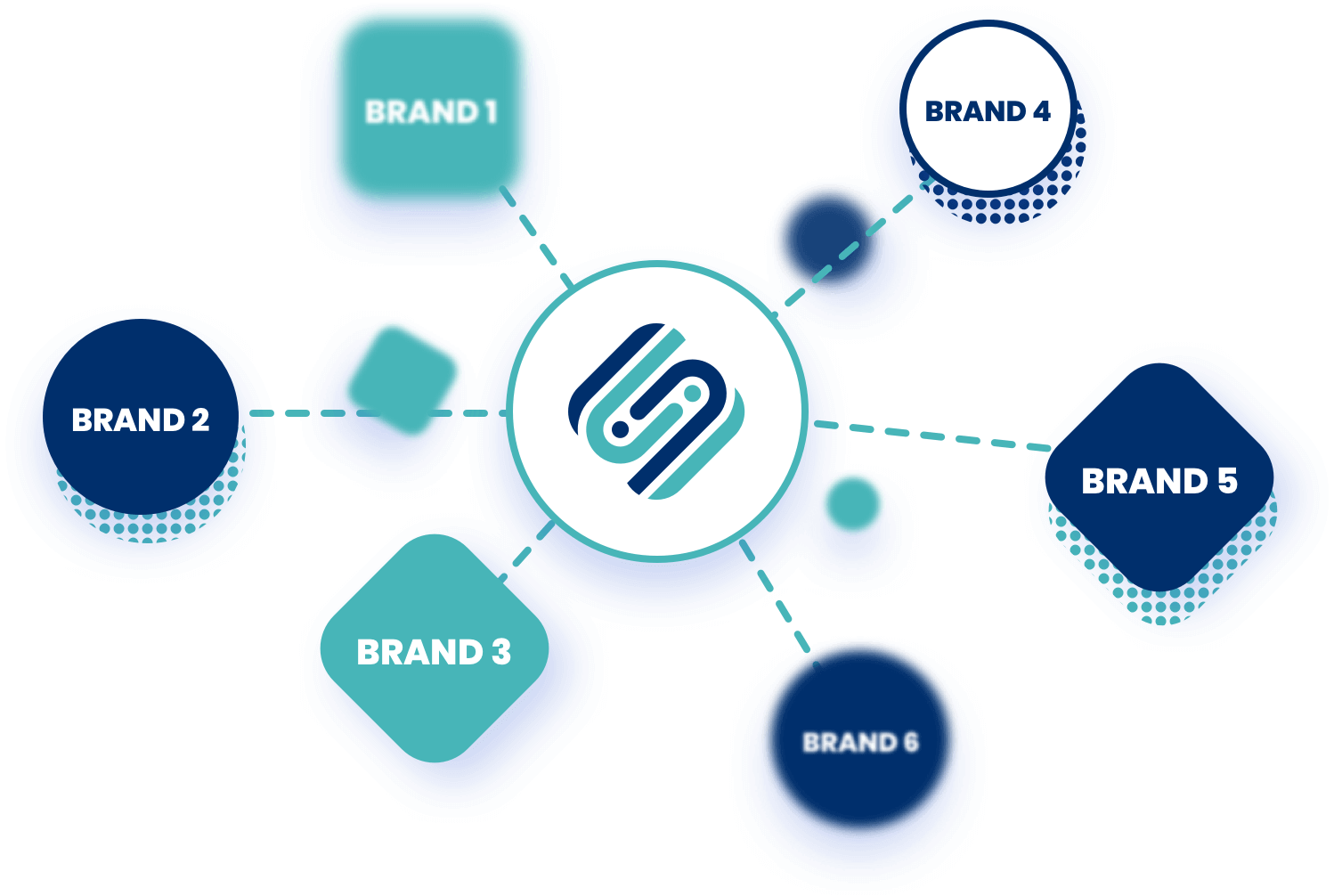 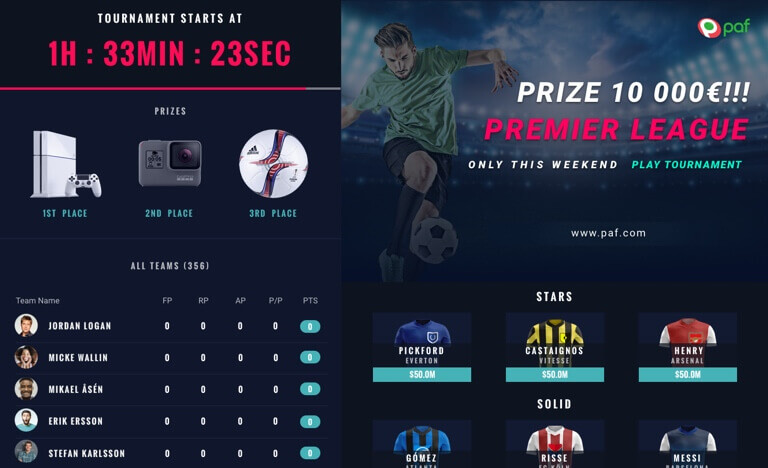 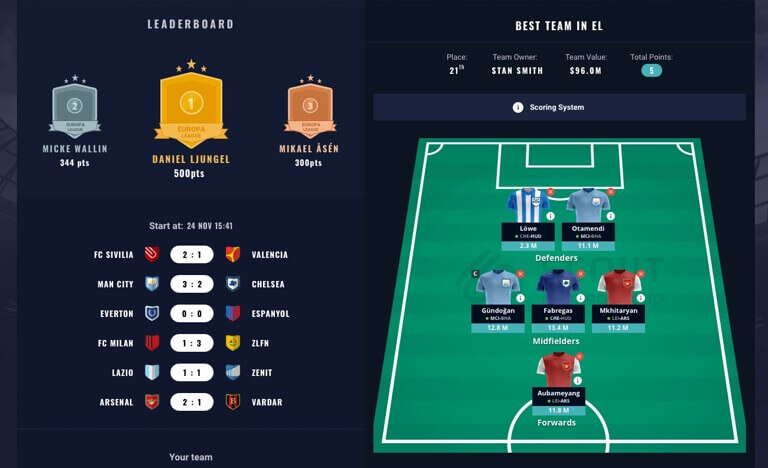 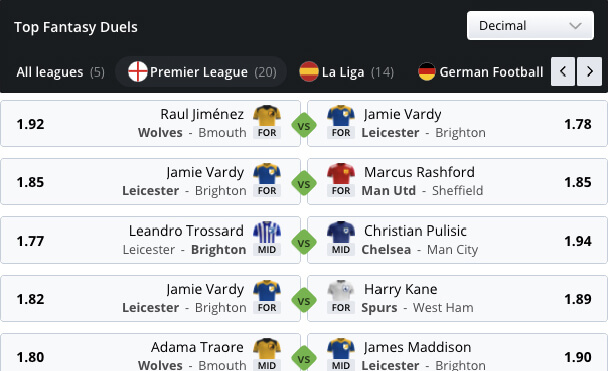 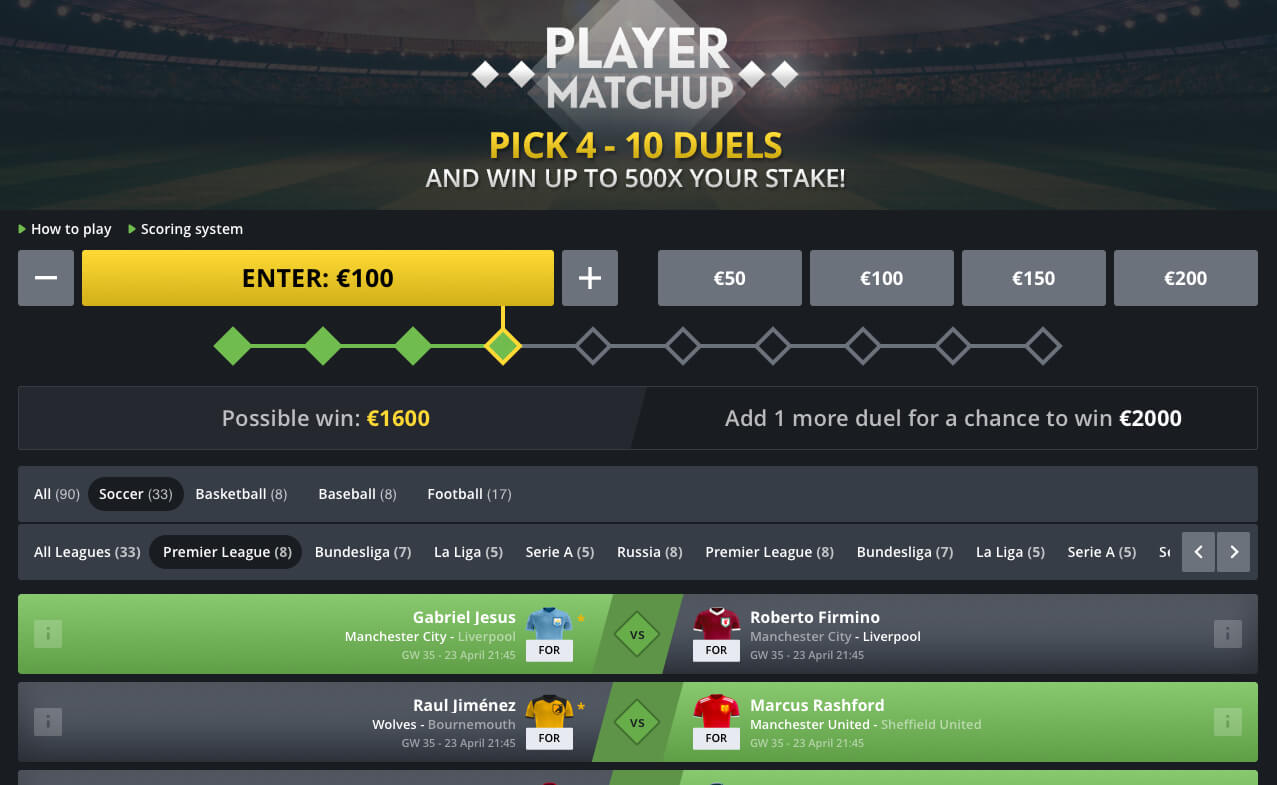 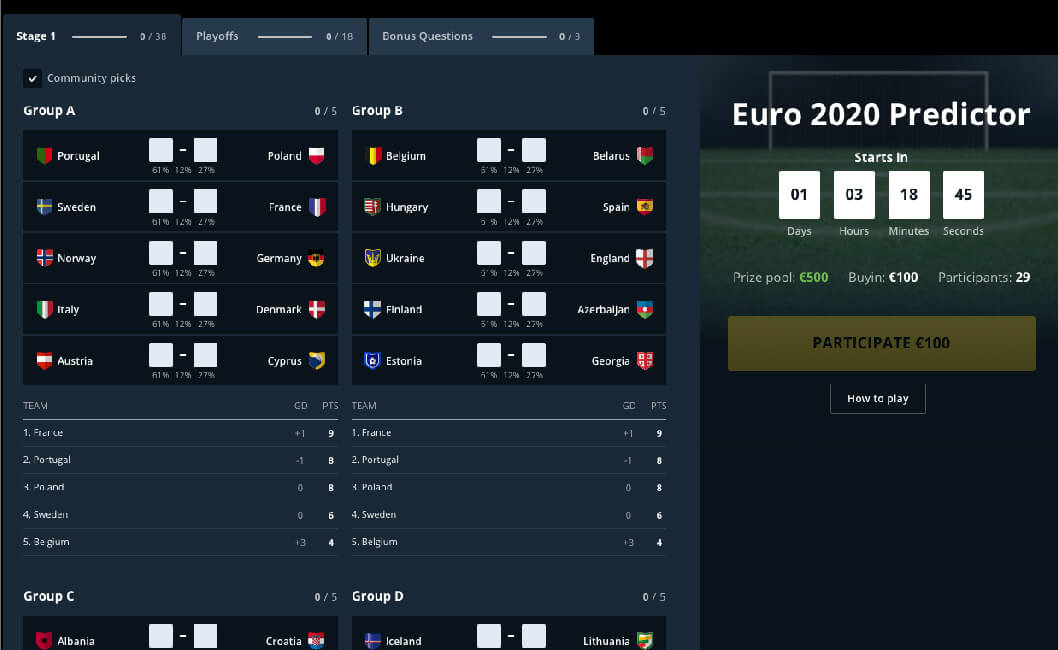 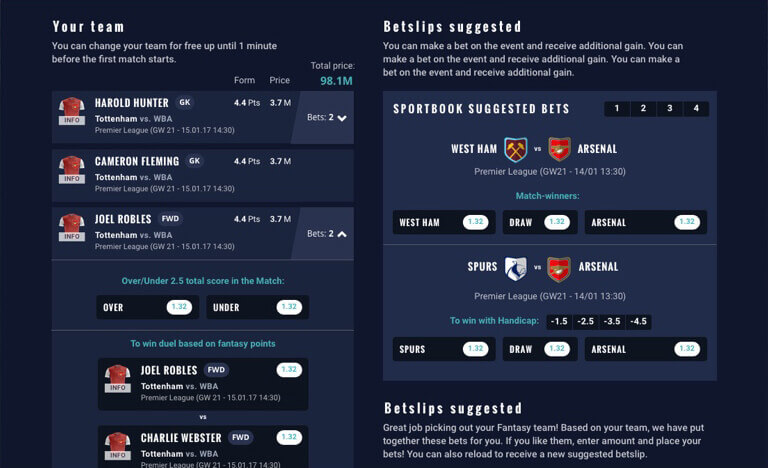 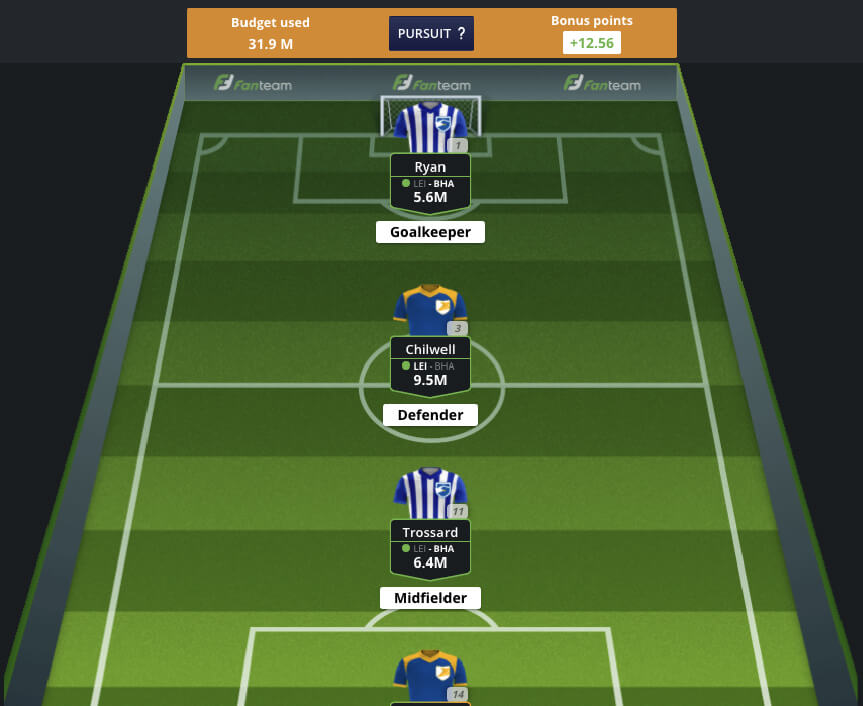 Want to know more about what we can offer?